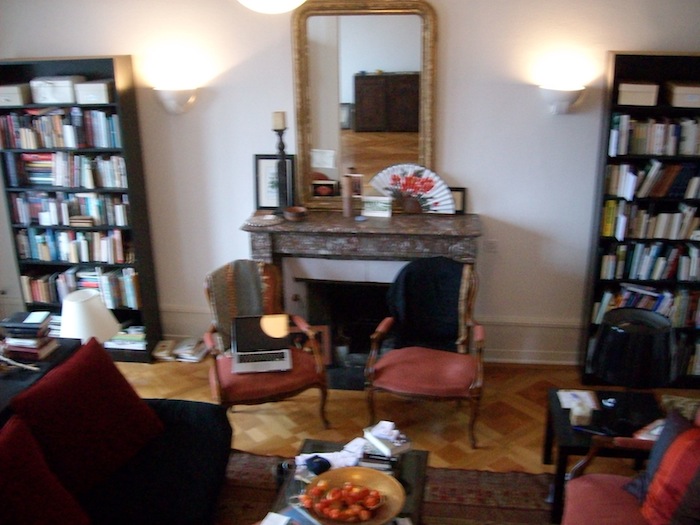 It was Tuesday, February 10, 2009, and I walked into the living room of a stranger in an apartment in Geneva and sat across the room from a tall German man. It was my sixth day in Geneva, I had no idea why I was there, I had no idea why I was in that room. We must have stared at each other, but I don’t remember. I said things about loving people that tugged at his heart. He prayed at the end about people and God and other things, and it tugged at my heart. We didn’t speak to each other, we went our separate ways.

February 10, 2010 I am living in the apartment in Geneva of a now-friend and sitting on her low-to-the-ground black couch from Pakistan. The tall German man holds my hands and kneels and asks me to marry him. I say yes.

When we tell people the story, they get starry eyed, and for a long time I couldn’t see the magic in it. I kept wanting to make it all ordinary and normal. But I see it now. It was anything but ordinary.

Whatever way I try to add it up, I don’t know how Husband and I could have crossed our paths if we had even tried. He lived in Switzerland, I lived in Australia. Only living in New Zealand could have put us further apart. It took a trip around the world, it took radical obedience to God when he told me to go to Geneva, a place I would not have chosen on my own. It took walking out of my hostel on the evening of February 10 and walking into the doors on 25 Quay de Mont Blanc. It took saying yes to the date on the boat in May.

This morning Husband and I watched Little Bear – now nearing two – and Big Boy run around our living room, and we couldn’t believe that six years ago we were strangers sitting on opposite sides of a room.

February 13 is my birthday, February 15 the day when six years ago I ended up at not-then-my-Husband’s apartment to have lunch with friends. This week was one day after another of sweet memories and glorious celebrations.

And I cannot lie, in the years that followed 2010 I wanted to go back to those moments, what brought us together, what looked like the cement that held us together, the magic, the wonder. Every February, returning to those memories, to that apartment was all I could think about.

Life began again for me on February 10, a new that bloomed with beauty and promise. 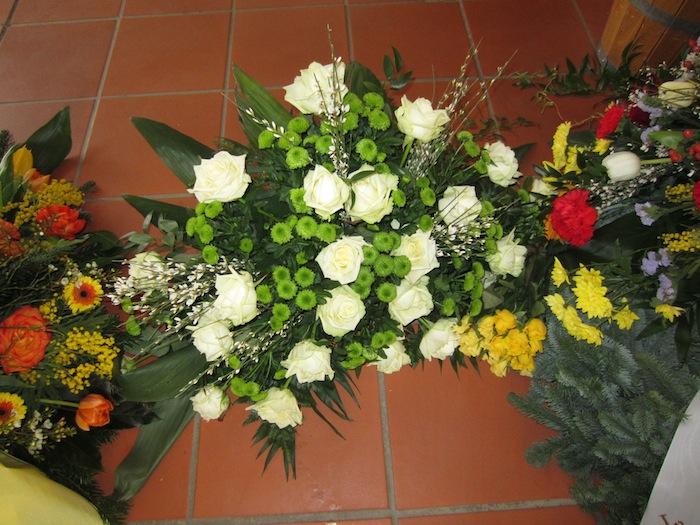 February 10, 2012, I put our firstborn son to sleep in Steinbach, Germany in Husband’s old room. The phone rings, and it is Husband, he is crying. Papa is dead, cancer eating his life away in a hospital bed.

You don’t know much about life until you see it taken away. We were not made for death, I know that now. Our relationships were not made to end, and it’s there on those freezing German days in February, grey and darkness all around us that darkness descends. The brutal reality that life is finite, that the beauty we can hold on earth can be taken away abruptly. The way he is forever frozen in time, no more birthdays, no more anniversaries, no more Opa, no more Papa. That you can have absolutely no say in the matter.

Monday February 13, it’s my 30th birthday, the first day after Papa’s death that the undertakers are open, and we plan a funeral. I wish I could tell you I handled this gracefully, but nothing could be further from the truth. Yes, I had some good moments, the kind of moments I hope that represent the best part of myself, but there were many others that were horrifyingly selfish.

Life ended for us on February 10, not just because an irreplaceable person and relationship was taken, but it was the crude and horrifying introduction to death, our lack of control, innocence gone.

February 16 would have been Papa’s 64th birthday in 2012. The week that was once magic and destiny and grace and life turn into death and sadness and tragedy.

This is the sixth February since I met Husband. This is the third February since Papa died. We haven’t figured out how to navigate the different memories and milestones. There are the highs of thankfulness and the depths of sadness. It is beautiful and awkward and strange and sad all at once.

Last Saturday I heard Christine Caine say the words, Some of you have an unhealthy attachment to your past. It’s easy to see it when you’re looking at something bad in your past. Much harder to spot when the past you hold on to holds something good. Her words pierced me, and they are stirring in my soul today.

For the past six years, I thought February 10 held the best and the worst my life had to offer, and I could not move past it, the truth impossible to see. But I can see clearer now.

But I cannot go back.

I can believe that there is something greater, something better, that I am putting one foot in the other and moving. Trusting that You will make all things right if I surrender to your will, trusting that my life is in the hands of a Redeemer who buys back everything I lost and makes what was beautiful before even more beautiful with time.

Yes, today is Tuesday February 10 again, but I mark it in a different way. Today is the day I move forward, the day I turn my eyes to the new thing. Can you see how it springs up? There is a way that opens up in the wilderness, the renewing stream gushes in the dessert. My heart is ready, my pen is waiting. It’s time to write a new story. It’s time to sing a new song.

[ba-dropcap size=”4″]N[/ba-dropcap]ow it’s your turn: What are you holding on to in your past? What’s the new thing springing up before you? How can you move forward?

I’m linking up with Jennifer Dukes Lee and the #TellHisStory community today.

6 thoughts on “anniversaries and new beginnings”