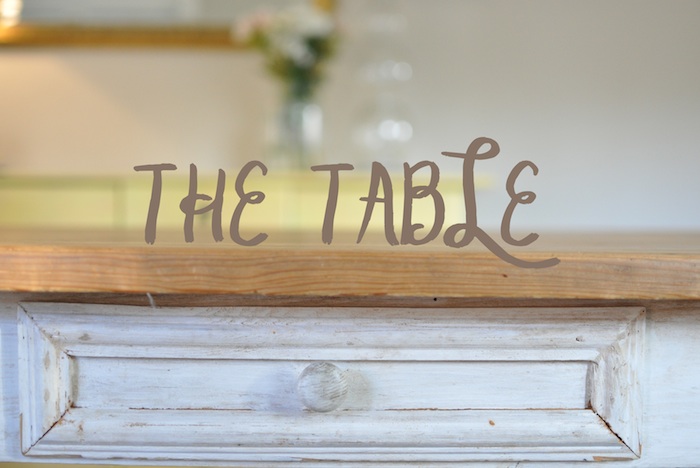 Something happened to me this weekend that I will not forget for a long, long time. Husband and I were in Frankfurt for our holiday long weekend, and when we are there, we always attend the church of his childhood. His family has been a part of this church since the mid 80s, so the history and relationships there run deep. It is a lovely place where I felt instantly welcomed by people who did not know me, and where unexpectedly I have formed meaningful relationships of my own.

Small One’s arrival meant spending Sundays in the baby room as he becomes increasingly vocal and needs more entertaining. Their room is lovely, spacious, incomprehensibly clean considering the fact that it’s a room for children. (I have a suspicion that German babies are as clean as their grown up counterparts, but I digress.)

Last Sunday I realized that my son needed something to eat, so I was going to go back into the auditorium for the snacks. One of the young women who was there to look after the kids, told me she had a banana and would that be ok for him? She had long brown hair, lovely eyes and smile, and she must be in her early 20s or late teens, in other words not someone I would expect to be attune to mom needs.

Small One loves bananas, so I found a high chair and sat him in it. She returned to me with a smile, and a plastic bowl of chopped banana pieces.

This may seem normal to you, but I was left standing there with a bowl of bananas and a slightly shocked look on my face. Were it not for Small One’s hunger, I might have just remained standing there for a while with my mouth open.

She had taken the banana for me, she had peeled it for me, chopped it into bite-sized pieces for me, and put it into a plastic bowl before she gave it to me.  Maybe it was a simple gesture for her, and maybe she didn’t even think much of it. There wasn’t any fanfare about the way she served me, but she had no idea that in that moment she was doing something that touched me deeply.

The loss of dignity is something I grieve regularly when I’m out with Small One. I don’t get to sit down with a plate of food and eat the way I used to because there are baby hands everywhere trying to put things into his mouth. If he screams in public, there isn’t a mute button to push, so the glares from others have to be stomached while trying to soothe a baby who will not be soothed. Food ends up on my clothes, on his clothes, in my hair and I’m sure that there are scenarios I haven’t even thought of that will happen in the future. But it’s ok, this is part of the package of parenting, and we roll with it.

All of us roll on with the situations in our lives. Small children aren’t the only dignity robbers, of course; all of us have been treated badly, rejected, betrayed by people we loved and trusted, have illnesses we battle against and on a very basic level, all of us have bad days (and bad hair days).

The moment I had with this young, long-brown-haired German woman on Sunday gave me back some of the dignity that I lose on a day-to-day basis. Why? Because she took the time to serve me and service says, You are worth it.

I inhabit a world of leaders whose long titles, substantial bank accounts, multiple degrees, and big egos supposedly give them the right to positions, power and influence. Every sphere of our lives has some ladder to climb or the next level to attain, real or imagined, and as we climb higher, all of us in some way or another forget to do the gritty work of people care. The work that involves washing windows and cleaning toilets, babysitting for free, listening, chopping bananas and putting it in a bowl. Service. Acts of kindness that say to someone, You are not alone. I can see that you need help. I’m here to help you because you are worth it.

When I read that list I wrote, my honest thought in response to cleaning someone else’s toilet or babysitting someone else’s children is, No thank you. I won’t go into my excuses because at the foundation of it all is this one belief: I am above that. I’ve cleaned other’s toilets. I’ve babysat other people’s children. It’s not my “season” to do that anymore. I’m in a different place; I’ve moved on to a different level. I am above that.

No one graduates from the gritty work of serving people; it is the school we attend for our whole lives for it is the better way.

2 thoughts on “at your service”