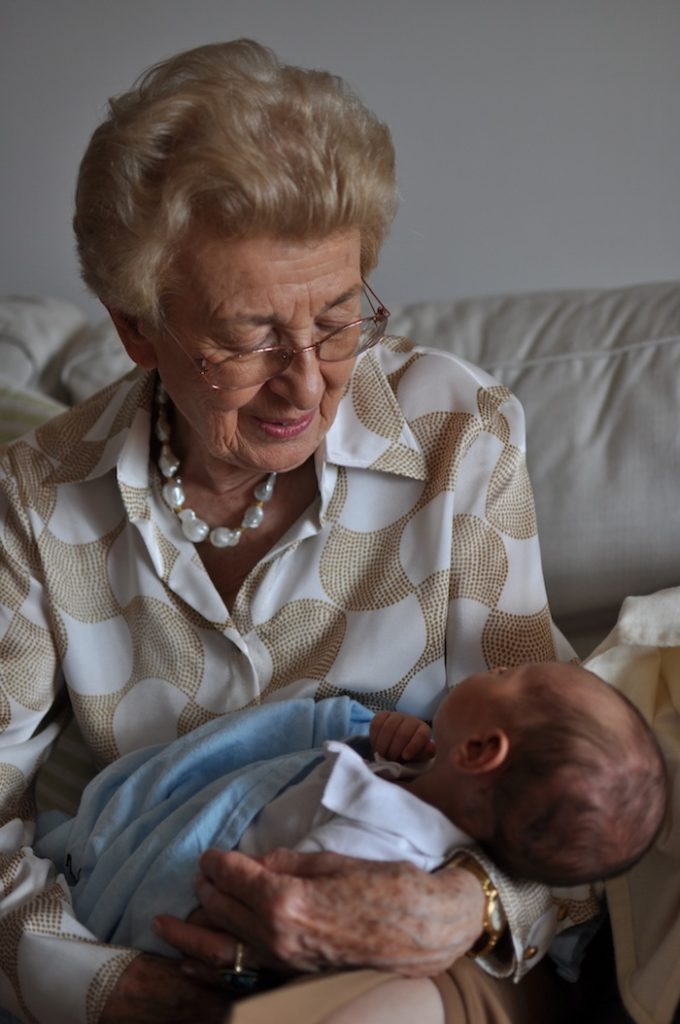 There was nothing much to eat in post-war Germany, she told me yesterday. Husband’s grandmother was pregnant in 1947 with her first and what would be her only child. No potatoes, no milk, no eggs, no meat, only carrots and a mushroom powder they mixed with water to make a soup. A small loaf of bread lasted for one week.

What did you eat when you were pregnant? I asked her. Sometimes she went to her parents’ home where they had a vegetable garden. You had to give the farmer gold for eggs, she said.

Oma – this is what I call her, the German word for grandmother – met her husband in those shattered days after the war.  He was a translator for the American forces, and she was a young woman in the village where he worked. He fell in love with her, and they were married for 63 years before he died.

She is talking about these days before her son came, she is remembering the past because she is getting ready to let him go. Doctors say there is no medical hope left for Papa, my father-in-law, who is unconscious in intensive care with cancer, organ failure and pneumonia ravaging his body. Our hearts still hold on for a miracle, but after decades of bonding, every mother knows she looses nothing by saying goodbye.

She first laid eyes on him in a clinic room 64 years ago on February 16, and yesterday she sat with her unconscious son for hours in the hospital. I talked to him about our lives together. I asked him for forgiveness. I told him I love him.

There are tears permanently in her eyes these days. Sixty-four years of birthing, holding on, loving, caring, and praying. No mother wants to outlive her child, I am discovering.

Small One slept for 30 minutes in the afternoon before waking up, and I walk upstairs with all of these things and Oma’s eyes in my heart. I would let him cry longer but not today. I hold him close, he stiffens, arches against me and cries. Today I do not put him back down.

Today I will hold on to my son.

Hush now, my baby, be still love don’t cry, I sing the word from “The Prince of Egypt,” the song of Jochabed as she lets her son go down the river in a woven basket. Sleep as you’re rocked by the stream. Sleep and remember my last lullaby, so I’ll be with you while you dream. Deliver us. Hear our prayer, deliver us. God on high, remember when… I don’t remember the rest of the words, but Small One has no idea. He still refuses to be comforted, so I lay down on our bed, with one arm around him and the other rocking him gently against me.

*I wrote this last Friday morning, and Papa passed away later that evening.