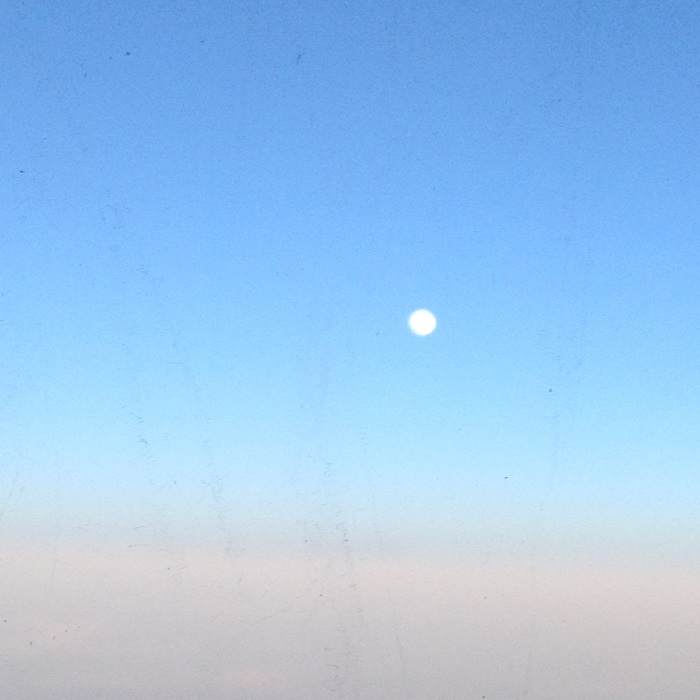 This post is day 22. New to the series? Start here. Thanks to all of you who have shared these posts and commented, I so appreciate it. Do say hello if you’ve been reading or are new. It would be lovely to meet you. We are somewhere in the air between Europe and Australia today, so do keep us in your prayers if that is your thing. The posts are scheduled for the next few days, but if there are some computer glitches it may interfere with posting. Moderating comments will also take a bit longer than normal. Please keep checking in to see. And if you want hundreds of other great 31 Days topics, you can find them here.

We have been flying with our boys since Big Boy was three months old. They have flown on numerous one and two-hour flights within Europe, and we have traveled as a family to and from Europe to Sri Lanka and Australia three times. The last trip to Australia, I flew with them on my own first to Sri Lanka and then to Australia.

Still I do not consider myself an expert on this subject. I have many opinions, yes, but I think our boys are fairly low maintenance when it comes to flying. It could be that they are obsessed with airplanes and all modes of transportation in general (most of which, except for boats, can be found at an airport), or it could be that I have an irrational amount of enthusiasm when it comes to family flights.

I grew up traveling, and the moving part was always stressful, but the flying part was fun. It started at the airport when we all breathed a collective sigh of relief that the packing was done, the bags were through, and now we get to explore. My dad would show us the airplanes, we counted take offs and landings and watched airport TV (we didn’t have one in our home).

On the plane there were movies to watch, and this was before personal TV screens, and airplane food to eat. It all seemed so glamorous. But more than that, my parents were always cheerful on flights, I have no memories of any family fighting or annoyances when we were on an airplane, and on the contrary, they are some of my happiest, adventure-filled memories.

So after that long preamble, here are some tips, and as always, please chime in in the comments with tips of your own.

Our kids pick up on our attitude. If you are anxious, they will be anxious. If you are worried, they will react to this stress. There’s nothing wrong with experiencing anxiety or worry or fear when flying, this is totally normal, but find a way to deal with it. Talk to someone before the flight. Pray. Have a list of truths you meditate on. Choose to engage with your kids. Watch airplanes take off and land. Skip trying to read your magazine in peace, and wander around with them. My guess is you have absolutely nothing to do in the airport except be there. Be all there. Enjoy yourself. Make the trip something fun and exciting for them, you don’t need any toys or gadgets to get them through this. The airport, however boring and un-kid-friendly it may be, provides enough distractions on its own. Look an escalator! Look a moving pavement! Let’s go up and down it! Look lots of airplanes! Let’s sit and watch! I may or may not have uttered all of those statements at some point or another when I was flying alone with the boys to Australia.

Pack the Right Supplies for You

You know you and you know your kids, so pack accordingly. Messes don’t really bother me, so I don’t take lots of changes of clothes. And for some reason, my kids are not incredibly messy. Little Bear managed to get his pack of water open and spill half of it on himself while I was getting his brother’s food ready, but it was water, and he was wearing fleece pants. Fleece dries very quickly, I discovered, and now fleece is his flying uniform.

I pack one change of clothes for them, so an extra t-shirt and pants, an extra set of underwear for my oldest, and lots of diapers and wipes. I pack usually an extra shirt for me, but I wear dark jeans or black pants and just let that be. I pack a notebook each for the boys, a box of crayons or colouring pens, and a lot of stickers. The stickers I found got me through some of the toughest times in the airport (waiting in line to board the plane when there is no priority boarding for families for example). But the one thing you don’t want is to be overloaded with stuff on the plane. If you are traveling alone, it is a monumental hassle to schlep the stuff around plus the kids, and regardless, it is simply too much to sort through even when you are on the plane. I did take an iPad, but only Little Bear used it for a few minutes because…

On airplanes my answer is basically yes, yes, yes ofcourse and yes WOULDYOULIKEACRACKERWITHTHAT? We gave our kids no screen time in the airport, that was for running around, eating and whining, but on the plane they could watch as many movies as they wanted. Big Boy fell asleep for the night watching a movie. We didn’t even have to “put him to sleep.” On our 14-hour flight from Melbourne to Dubai, he woke up halfway through his sleep, and we put another movie on and he fell asleep again within 30 minutes. My boys are so different though, and their ages make their attitudes to screens very different. Little Bear will watch something for 10 minutes, and oh how I desperately tried to get him into Nemo! And Baloo the bear! And all kinds of cheery animals! But he spent most of his time bouncing on the seat. Big Boy though, it was like having a zoned out teenager next to me who held out his hand mindlessly every now and then to ask for a snack. 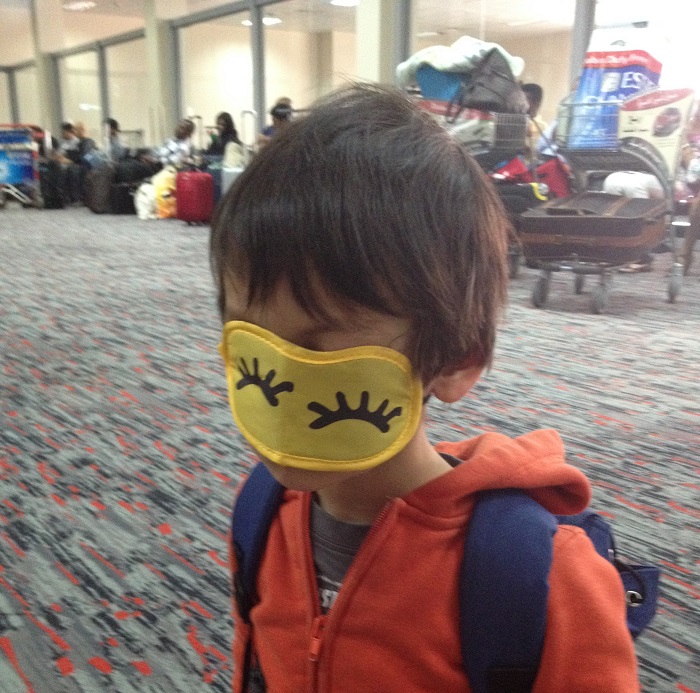 Not the real kind. I give my kids a lot of freedom in airports and airplanes as long as they are in my sight and not trying to open an airplane door. A lot of freedom. Bounce on a chair? Yes. Stand on the tray table? No problem. Walk up and down the aisles as much as you want? BEMYGUEST. Up to the point that they are becoming a nuisance to someone else or breaking something, I let them do whatever they want. This was more appropriate for my two-year-old because as previously mentioned, the four-year-old was glued to his screen. It helped him maintain a cheerful attitude to just be able to do what he wanted on the flight. So far we have only had wonderful experiences with fellow passengers, many of them have even engaged our kids in play and talked to them. I would do differently if there was someone who clearly was unhappy about Little Bear trying to play peekaboo over the edge of the seat (or something else).

I packed about 20 fruit pouches or fruit and yoghurt pouches (that were 100ml or under), rice crackers and something else that I cannot remember. For our trip to Australia this week, I have apple rings, dried mango, nuts, a variety of crackers and salami sticks. Because I discovered on our last trip that my oldest doesn’t really eat plane food. We will be traveling for about 24 hours straight, including one 14 hour flight, so we know we need enough food on hand for our kids if they end up refusing to eat their food. While it is definitely worth it to stand my ground at our dinner table when I have fussy kids, I choose my battles when I am thousands of feet off the ground. And in a closed space. My kid and I do not need a control battle over food in an airplane.

As tempting as it is to want to watch a movie myself when my kids start sleeping, I still think choosing sleep is the best idea. The toughest part about flying, for me, isn’t the flight, it’s the part on the other side. When my kids don’t sleep enough. Or are stressed out about the new environment. Or are still too tired. And there are no more fun and exciting diversions. I need to be as well rested as possible to be able to handle them if they fall apart.

Have a set up on the other side

We learned this our first trip to Australia simply because we didn’t realize our baby would want to go to sleep in a real crib when we landed. Always have something set up in the place where you are headed. Communicate clearly with the people you are going to see to make sure that at least your kids have a crib or a bed somewhere in case they need to go straight to sleep. Try to have one or two toys that someone has borrowed for you on hand. It has been wonderful for us to have our families at the end of our trips, they have helped us and carried the load of child care from the beginning. And cooked us good food.

Now it’s your turn: What are your best air travel tips? Let’s hear them.