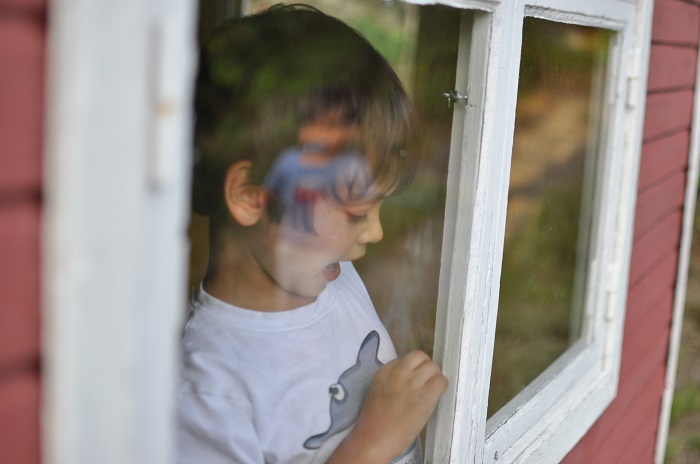 day 3: talk to your kids

This post is day 3 of 31 Days of Thoughts & Tips on Transition. Head here to read the rest of the posts. And if you want hundreds of other great 31 Days topics, you can find them here.

We were sitting at our dining table with Big Boy, who is four, when we told him the news. We are saying goodbye to the yellow house and leaving Sweden, and we are moving to Australia. I had been dreading this moment for weeks. Once a long time ago, I asked him where he thinks he is from, and without missing a beat, he said, I’m Stockholman. The yellow house is all he can remember, and he loved Sweden, his friends, school, and church.

But there it was the news hanging in the air, and his face lit up immediately. Australia?! We had returned from Melbourne a few weeks prior, fresh in his mind were precious times with aunts and uncles, new friends and kangaroos. He was thrilled.

And immediately after that, his face crashed, and tears filled his eyes, But what about all my toys?  We reassured him that they would come as well on a big ship. He thought about other things he could not take with him, I won’t have the rocks in our driveway anymore!!! There were more tears.

He understood perfectly what was going to happen.

My children need me to tell them what is going on, and I lose sight of this need constantly. They are not bags we pick up and put down in a new location, they are human beings with a heart and spirit, deeply sensitive and aware of what is going on around them, and acutely aware of their parents’ emotions and stressors.

They need to know what is going on, and they need the news communicated to them in a time and way that they understand. And for smaller kids, they need the same information repeated over and over again.

For Big Boy we didn’t want to tell him right away, we wanted to wait until we were certain of what we were doing and also until it was a bit closer to the time of the move. I think we told him five weeks before we moved. For a child who isn’t naturally a worrier or anxious perhaps telling him or her earlier would be fine.

I do not remember a big moment when we told Little Bear, who is two, but a few weeks later, I was talking to a friend who works with kids in a preschool, and she challenged me to communicate with Little Bear in the same way as Big Boy, to tell him the things that are happening. The moving truck is coming today, there will be boxes in your room, they will put your things into a box. Every little thing that you can think of, perhaps most especially the things that do not seem important enough to warrant a real conversation, these are the things we have to tell our kids.

Because they can see and they know that something is going on.

Because it makes them feel afraid.

Because few things can give them peace and security like knowing that their parents are honest with them about what’s happening in their lives.

Now it’s your turn: What do you need to talk to your kids about? What are some creative ways you could have these conversations?