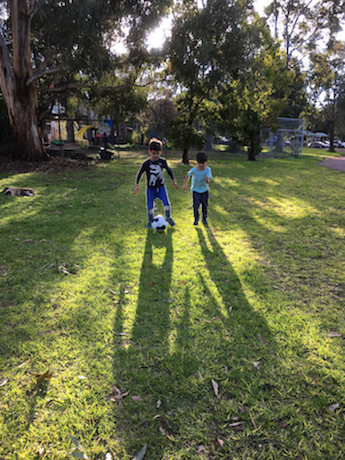 Is it time to get off the sidelines?

In each century since the beginning of the world wonderful things have been discovered. In the last century more amazing things were found out than in any century before. In this new century hundreds of things still more astounding will be brought to light. At first people refuse to believe that a strange new thing can be done, then they begin to hope it can’t be done, then they see it can be done – then it is done and all the world wonders why it was not done centuries ago. 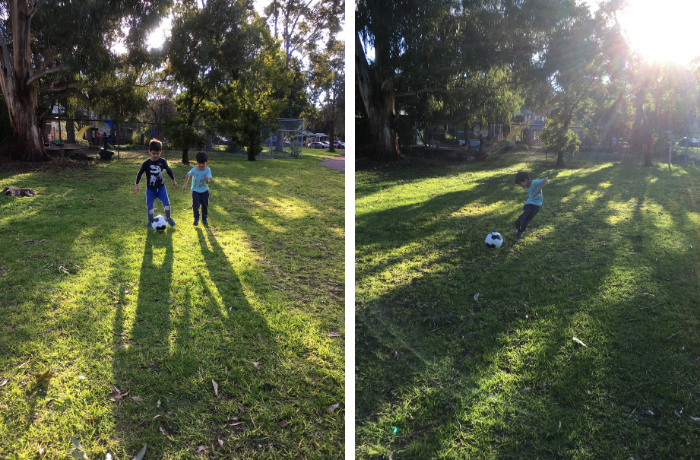 I am not athletic. I managed to crawl to the end of the yearly mile run in high school. I survived PE even though it wrecked my GPA. But now I’m a soccer mom, and this is our first year as a sports family. Trainings are an hour-and-a-half, once a week in the evening. Games are every Saturday morning.

For someone who doesn’t play sports, you would think I would be happily watching from the sidelines, taking photos, maybe sipping a coffee. You would be wrong. It turns out I’m a yeller. I was screaming out instructions one game early in the season, and the coach turned around and looked at me (out of curiosity, probably interested in hiring me as assistant coach). Most of us parents like to yell, “Spread out” and “Runnnn,” and other encouraging words like, “GET IN FRONT OF THE GOAL!”

Different kids become good at different things, and you start to see those who have a knack for dribbling the ball away from defenders, who can strike well and who are the fearless goalies. I can hear us shouting our ideas and sighing when another kid fails to pass to our son, WHO WAS WIDE OPEN.

Sitting on the sidelines of a game, with the full field in view, it’s easy to think you know what’s going on. Honestly, you would think I’ve played soccer my whole life if you listened to me. I am that good. At commentating.

For all of my strategic soccer input, my eight and six-year-olds run circles around me on the field. Let’s say I’m the goalie and I block his ball with my foot. I moan in pain and hop up and down holding my ankle. They get the ball off me within seconds. Even when I try my best, it’s not enough. My oldest groaned last week and told me I was a terrible player, and that I should go back to Pilates class (rude).

When you play, you have to trust your body, your teammates, your instincts. It is impossible to get it right every time because of what is not in your control. Commentators (real or the parental kind) have a full view of the field and use their “energy” to talk. We get up and walk away at the end of game.

I feel this in my own life. How easy it is to type a Facebook status criticizing a recent political decision. There are plenty of policies that should be criticized, but for those of us interested in change, we need ideas and actions, and we need actions that are consistent over time. It’s easy, too, to feel entitled to church being a certain way instead of thinking about what goes into the service and the work involved in providing it. We like to stand around and talk how school would be different if someone else were in charge, perhaps even if we were in charge.

There are people historically whom we relied on to give us critiques we trust. I think of opinion writers in newspapers, researchers and academics. These people are an essential part of a functioning community. But perhaps as our methods of communication have been democratized, we feel like those experts now. We believe that our opinions are valid (and they are), but we also believe that our opinions deserve a listening, influenceable audience.

I wonder though if of our commentating masks our own fears of creating new things. I wonder if people today are more afraid of trying new ventures because they are aware of how easy it is to be criticized publicly. You can see the Twitter vitriol aimed at an article you would write. You can see the negative reviews of a restaurant you want to start. You wonder if your photography or art will disappear into the curated walls of Instagram.

What do I do at every soccer match I attend? I wear a jacket, maybe gloves. I stand in my boots on the sidelines for about 50 minutes total. I chat with my husband and sometimes other parents. And I do some (appropriate) screaming.

What does this group of 8-year-olds do? They run, unrelentingly up and down a field. They push and shove against kids. They learn to trust each other. They know their pride is on the line at every game. They score goals, they dodge opponents, they miss goals, they fall down and cry. They do this in the sun, in the freezing rain and in the mud. They walk away exhausted and sore.

What do I have to show after a season of soccer sideline commentating? A truly solid understanding of the game that is going to get me absolutely nowhere unless the suburbs of Melbourne need a radio commentator for children’s matches. I get nothing for sitting on the sidelines.

But my son? He gets better at soccer. He knows that how he plays impacts his team. He learned a thousand lessons about work, reward, gain and loss. Everything these kids gain or lose is because of their effort. Yes, they’ve had some heartbreak. But their every win? It belongs to them. It is their glory. It is their great joy. Because they played. Because they tried.

Sports was never going to be in my future, but I often feel like I sit on the sidelines of my life, pondering my next move. Sometimes the best way to know I need to make my move is that I fill my time criticizing others. People who are in motion, in action become easy targets for my negativity. Maybe you are, too? Why don’t we channel our ideas and energy into work? What if we looked at what we need to try to build?

There is always a consequence to putting a hand up. It doesn’t matter if it’s to take a meal to a neighbor or entering a songwriting competition or volunteering for a school committee or starting a podcast. If you get on the field, there will be people on the sidelines yelling their opinions at you. Maybe the more tender we are to the idea of our work being visible, the more necessary the work could be. I’m not saying we should rush forward and do it. Good ideas need time, resources and trust to take root.

The question isn’t will there be criticism or not.

The question is how badly do you want to play the game. When it’s time to play, will we be on the field?

Will you show up for training?

Will you do the work?

Will you honor your teammates?

Will you try again after a loss?

Will you play to win?