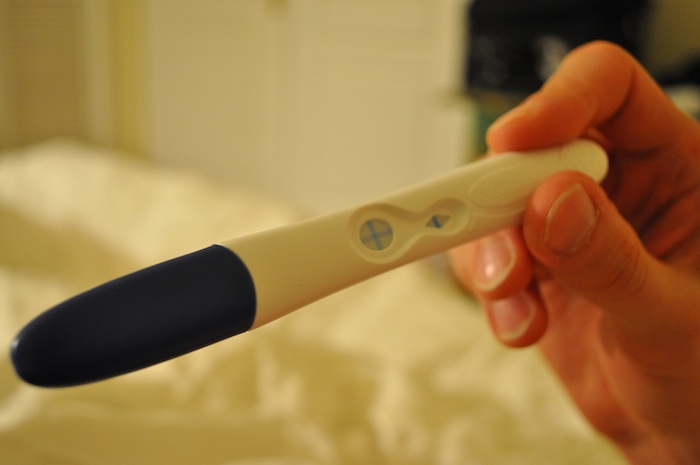 Every child enters the world into a landscape that exists in her parents life.

It is the backdrop to the story of this baby’s life, the map on which his mother and father will interact with each other and with him, their new baby.  Here’s the story about my landscape.

Husband and I met on February 10, 2009, engaged a year later on the same day and married on July 12, 2010. We had spent no more than four months in the same place during our relationship, we were in love and deeply committed to each other. We desired children, so much that we even wrote it into part of our wedding vows: I commit my heart and my life to welcoming children into our home, seeing them as gifts from God to be treasured, enjoyed and taught.

I etched those words out with not-yet-Husband on a Gloria Jeans napkin in Melbourne’s largest shopping mall, and with all my innocent heart, I believed it.

Six weeks later we took a spontaneous four-day trip through Italy and Switzerland, and I noticed that I was starting to feel unwell after each meal. Nothing dramatic, just a steady, low level of nausea. I teased Husband about pregnancy, Impossible, he would retort back.

One week later we are sitting in bed in the large country home of friends for a young adults retreat in France holding a pregnancy test that turns positive in seconds, well before we are even able to read the instructions.

I was happy, Husband was over the moon. Neither of us could believe it, even though I was glad to have an explanation for why I felt so weird. I spent the following eight months and the first year of Little Boy’s life telling myself, You are so blessed to be able to “just” have a child. He is the most amazing little boy – look at how gorgeous he is? See how cute and clever he is? He adores you! You’re made to be a mother! Isn’t this wonderful?

There were many things that were wonderful, yes, and Little Boy brought joy to my life that I did not think was possible from his first day until now.

But it took almost another year to admit to myself what I can see now in my landscape when I was pregnant and he was born.

I was afraid, shocked and angry.

I wanted a few more years with Husband, to be able to sleep in on Saturday mornings, to travel spontaneously, to see more of Europe, to have lazy weekends, easy weeknights and time to understand each other and our backgrounds. I wanted to work, to wear suits, take notes, write stories, be part of something that was impacting the world. I needed time, to figure out the major life events of the past year, to heal from my last season in Australia, to grieve the loss of friends and family. I wanted to enjoy feeling young and free, have fun on my own timetable.

And there were so many other dreams, plans, desires that dried up when I saw the cross on that test.

Loss and grief. That was the landscape of my first season of motherhood.

The thing about a landscape is you don’t always notice it because you have to live your life. I had to stop eating raw ham immediately, no more alcohol and smoked salmon and brie. There was labor, birth, nappies, night feeds – these are the things I saw.

We travelled to Melbourne when Little Boy was six months, and I was with my sisters one afternoon talking. I can’t remember the topic, but for some reason one of them turned to me and said, What happened to you? You used to have such big dreams for your life.

My response would have been something superficial because I needed to get out of the room as soon as possible to make for the bathroom where my body shook with quiet sobs, the ache of pent up sadness, the crushing reminder that yes, my life would never be what I thought it would be.

No one can escape their landscape – it is the invisible thing you wrestle with every step of the journey. It’s the wind on your back, the pebbles on the road that your foot hits, the open meadow of sweet-smelling flowers making the journey beautiful.

What’s your landscape? In what ways is it impacting your life? How are you living in it?

I’m writing daily in October as part of The Nester’s 31 Days challenge. Head over to the Nesting Place for other great topics.