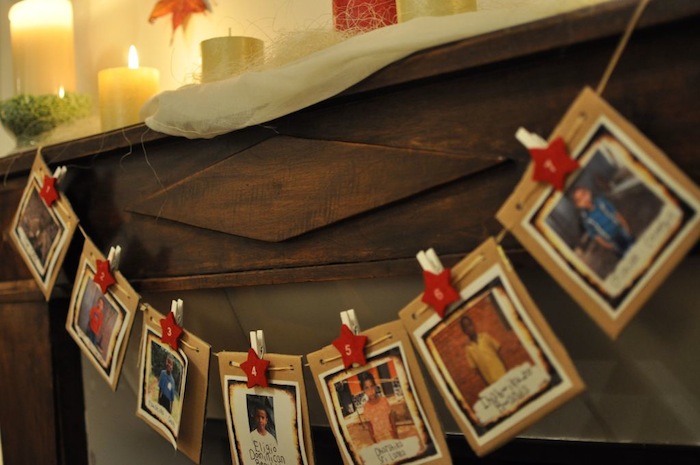 remembering the oppressed at christmas

Many of you long for a Christmas season away from the materialism your local shopping mall offers. I’m sharing today one of our family traditions that began in 2012 when the stories of destruction started coming out of Syria and the DRC. We were heartbroken, and didn’t know what to do. This Advent calendar became one simple response. Somehow as the years turned since 2012, the sadness in the world hasn’t changed, maybe it is even heavier. Even with the good news stories out there, I am still overwhelmed at the way our culture normalizes abuse and destruction. This little step is a reminder that we can do something every day to hold close and in our prayers the lives of those who face destruction daily. I’ve added details at the end of the post about how I made the calendar.

Before Jesus told raging waters to be still, before he fed 5,000, before the blind saw and the lame walked, before there were prostitutes, tax collectors and fishermen, before the nails and the whips and the thorns, before all of this, he was a baby, he was a child.

What is he thinking about when he looks at the children of the world today? Does he remember what it was like to be hungry, naked, tired, afraid?

Come to me, all of you, Jesus would say, just as he said 2,000 years ago, Let the little children come to me, and do not hinder them for the kingdom of heaven belongs to such as these.

When grenades fall in Damascus and little children fearfully huddle in apartment buildings, Jesus remembers running with his parents to hide for his life.

When little children are gunned down in a church in Sutherland Springs, Texas, Jesus remembers the campaign of violent genocide Herod began after Jesus’ birth.

When there is no food to eat again and tiny tummies quake with hunger in North Korea, Jesus remembers 40 days without food and water.

When a child in Gaza prays in the night for peace, Jesus remembers being far from his true home, alone in a cold, hostile, violent world.

When little girls in Cambodia are beaten and exploited, Jesus remembers the torture of the lash and the nail driven through his wrist and the betrayal of his friends. 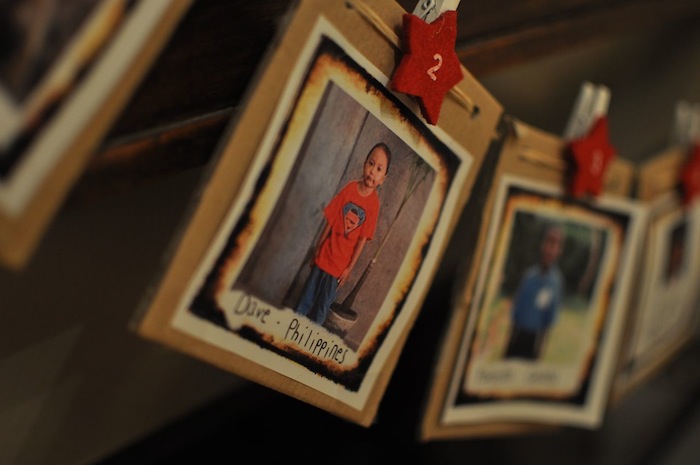 He didn’t have evergreens, and there was no bunting of glass balls around the manger. Yes, he knew the safety and security of his mother’s embrace, but he didn’t know – or maybe he did, please no theological debates – that they were in a stable, stinky, dirty, dark and unhygienic in every way. His parents had very little financial provision, someone was going to try and end his life before it had barely even begun and his first two years would be spent on the run, as a refugee in Egypt.

He was a baby. He was a child. And he knows what it was like to have nothing and to be in danger, and when the chorus of cries from exploited, abused, neglected and unwanted children rise to heaven, he collects them all because he knows.

This Advent season, we are letting our cry from our corner of Australia join with theirs. As a family for the next 24 days, we will take a card a day, pray for the country and the child in the photo. It is our way of saying they have a name, their lives matter, their future matters.

I know that your life in December is already full, most likely it is fuller than you want it to be. For parents in Australia, school comes to an end, there are concerts to attend, squirrely, tired children to manage, and the end of school “look forward to.” For those of you without children or partners, you may have a big work push toward the end of the year, parties to attend, and perhaps 2017 has been too full of a year for you emotionally and physically, and December makes you feel the hustle of the past 345-something days.

This is not for everyone – the last thing any of us need is one more reason to feel like we aren’t doing enough.

But if in your spirit you’ve felt restless or sad at the thought of a Christmas like the ones in the past, maybe what you need is something like this. A space to hold some sadness on behalf of others, a place to pour out your prayers on behalf of those who suffer profound losses, injustice and abuse in our days. Prayer is my starting point for action, and it surprises me yearly what other actions end up following. What I’m trying to say is that prayer is never wasted because when we pray, we change, and prayer is never wasted because God hears (and acts).

Come thou long expected Jesus, born to set thy people free. From our fears and sins release us, let us find our rest in thee. 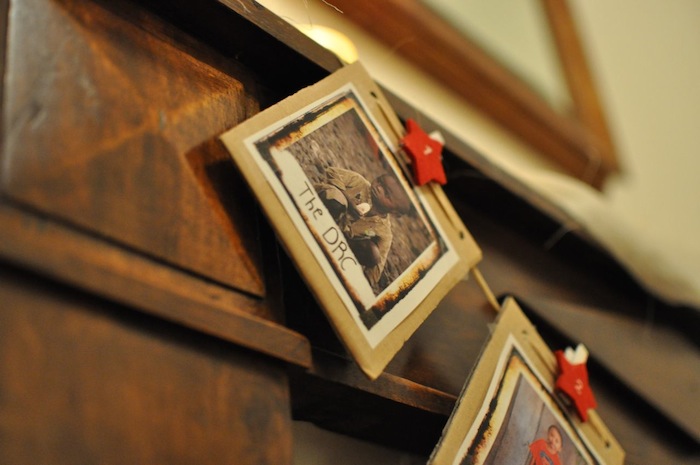 The How – Simple is better

1. I went to Google Images and searched for photos of children from countries I wanted to pray for, and I also went to Compassion’s and World Vision’s child sponsorship pages and picked specific kids from places that are dear to us and also places that are facing particular challenges.

2. I printed out the photos, cut them out and stuck them on cardboard squares cut out of our old diaper boxes. You can stick the photos on anything. You don’t have to stick it on anything at all.

3. I strung the squares out on raffia, and put a numbered clothespin on each one marking the day, then I hung it up in a place where we could easily see it. This year I will keep the cards in a box, and take one out a day. I’m going to pay no attention to the numbers. Just one a day.

4. There’s no need to get religious about this – prayers aren’t long or complicated, you can do it on your own when you want to, or if you have a family, we did it at a certain time (rarely the same one), I would tell my kids daily that it was time to pray for a “kiddo in another part of the world.” We take a photo and pray for them. It takes less than five minutes. This is more about in which direction we want to orient our hearts and theirs.

3 thoughts on “remembering the oppressed at christmas”