the rock that says ‘you did it’ 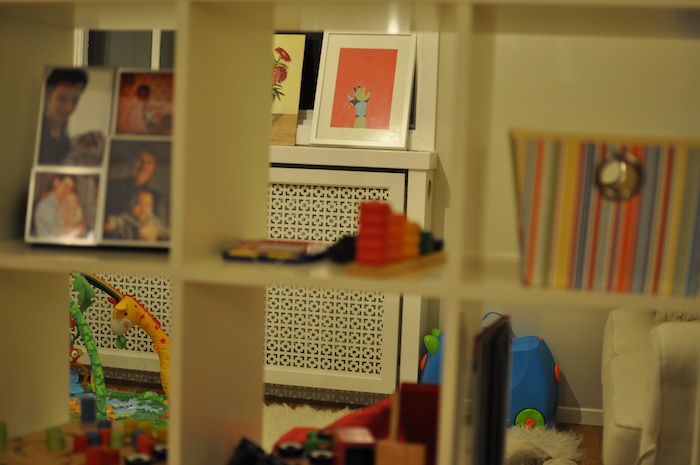 Little Boy has tasted transition in some big ways in the past two months – a baby brother born, two sets of grandparents coming to visit and leaving, his Papa going on longer-than-normal business trips, moving out of his only home to a temporary apartment, and then leaving Geneva for a new home in Sweden.

We did our best to prepare him for it with books about a new baby, talking about everything, letting him see rooms getting packed up, skyping with grandparents before they arrived and after they left, giving him his own suitcase that got filled up with toys (a brilliant idea suggested by a friend), and showing him pictures of our new house – the “lellow” house (yellow house).

There was no way to be certain about what he did and did not understand, but I know that ever since Baby came home there has been a new pain etched on his small, expressive face, a look that says, I am lost here, I don’t know my place anymore.

It manifests itself often in behaviors, most of which are unpleasant for us – extra defiance, screaming, waking up at night, wanting to drink milk all the time. But it’s also made him more fearful and unwilling to try new things. We watch him every day trying to process what has happened since we moved to Stockholm.

Daily he tells us he is getting on an airplane to go away.

Daily he says to me, Papa coming back?,

When we are out and coming home, he will say several times,

And it’s like he is telling himself, I live here now, this is my home.

Walking to the Baltic Sea is part of our daily life here. The first part of it is a little open area where boats can just drive up, and I see moms and dads bringing their kids in the morning by boat so they can go to the little school that is two doors away from our house. A gravel path begins there and circles on the south end of our island. We walk this path daily, saying hello to the boats, the ducks and the occasional piece of construction equipment.

On our way home the other day he wanted to get out of the stroller at the opening part; I said yes, and he got off and started taking handfuls of rocks from the path and throwing them into the sea.

He’s inching closer and closer to the water, which doesn’t look terribly clean and clear if I’m being honest, and he’s got shoes that will get wet and soak his feet through, but I’m making choices to let go, let go, let go. Let him go and get his feet wet in water that looks a bit suspicious, everything will be fine.

He starts eyeing bigger rocks that are right where the water laps up to the path, squats down, reaches in for the big rock, gets it, stands up and throws it back in.

Big splash for the big rock! I say back, enjoying his joy.

But there are only two of those rocks, and of course he wants the big plash again. So he squats back down and reaches forward to get one of the rocks he threw in.

The rock is just out of his reach, and I can see the frustration on his little face.

Can’t do it, can’t do it, he mutters, and yes he’s only talking about a rock, but I’m hearing something else.

I keep encouraging him, willing him to believe that this is possibly even though I am secretly afraid it will not all work out in the end. He leans forward, strains forward, reaches one hand back – he needs me to hold it keeping him steady, and I do – his hand hits the water, his feet are still planted, shoes and pant hem soaking wet, just a bit more, his fingers find the rock, grab it and pull it out.

DID IT! he says, the jubilation in his face, the pride in his eyes, it’s all I can do to keep myself from crying.

We have a little party on this street corner in front of the reeds and the boats and the water, I proclaim to the world Josiah did it! You did it! I am so proud of you!

I look at the rock, his eyes, and I know this is a golden moment. This rock is a memorial stone – for him, for our family – and I turn to him and say, Kiddo, this is the rock that says, ‘You did it, YOU DID IT.’

He is delighted of course, reveling in his newfound success, and yes, he walked a little bit taller, his face a little bit happier. And me? The rock is crying out to me, too and is telling me what my new story could be: Did it.

We keep the rock, we bring it home, it sits in the kitchen, and for the whole day when he struggled to walk up the stairs alone, I told him, What did the rock say? And he replies, DID IT! and tentatively takes one step at a time, when he feels afraid in the sandbox because he is alone, I ask him, What did the rock say? And I see the flicker of memory cross his face and he says, Did it!. 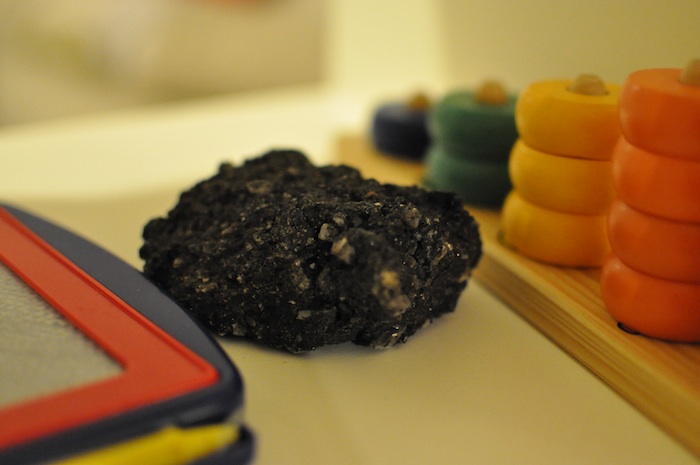 The Rock That Says ‘You Did It’ has a new, permanent place in a square of the bookshelf that divides the kid play area from the dining room, and it will not be going anywhere. It’s at Little Boy’s level, but we can easily see it. All of us need this reminder that the challenges that are daily in front of us need not overwhelm us – lean forward a bit more, keep feet planted on the ground, hold on to whomever may be around, and when you think you can’t give anymore, keep on giving.

That which is out of reach will be in your hand soon.