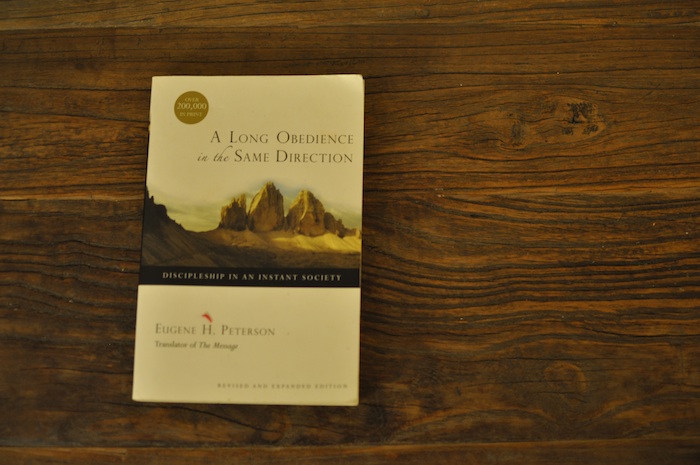 what I learned in February

February has many significant dates for us as a family. It is a month that holds many Big Emotions, and 2015 did not disappoint. IF: Gathering was in the first week, and we had an beautiful time participating here in Stockholm, February 10 rolled around and I was ready to move on to the new, and then the new thing came to introduce itself to me and it looked a lot like writing and waiting. Big emotions, high intensity, lots of exhaustion, that was February. I’m ready to move forward deeper into 2015 – I think – but before I do that, here’s what I learned in the past 27 days.

1. My sister accidentally left behind A Long Obedience in the Same Direction by Eugene Peterson. Well, her loss is my very (very) great gain. It’s been my Sabbath reading on Sundays for several weeks now, and I can barely make it past the first two chapters. I’ve read and re-read those over and over again, jotting down notes, crying, writing. This book is working in a deep place in my soul. Highly recommend.

The title is taken from a quote by Friedrich Nietzsche, and as far as I’m concerned, a book about following Jesus that is based on a quote from an atheist is going to be a good one.

“The essential thing ‘in heaven and earth’ is that there should be a long obedience in the same direction; there thereby results, and has always resulted in the long run, something which has made life worth living.”

This book is teaching me one layer at a time about the pilgrimage that makes life worth living.

2. We hosted IF: Stockholm on February 7. It was a beautiful day, full of familiar faces and new ones. The event invitation said that it started at 8am, and wouldn’t you know, the foyer was full of women by 8:15, and our first guest was there at 7:50. Only in Sweden (where punctuality is a religion).

3. Your Redeemer lives, and he buys back what you lost, whatever you lost, a line from Jo Saxton that I will never, ever, as long as I live forget. It was probably the most personal moment for me of IF, and a truth that has taken over the various corners of my heart.

4. Am I enough? Are we going to be safe? What is it going to cost? Three questions Jennie Allen posed for us at the start of IF, and I am still asking myself, Am I living my life out of this story? Or am I living it from the place of God is enough, we will be fine, we have everything we need?

5. Calling, motherhood and family, these were some of the unspoken themes for me that came through at IF, even though it wasn’t mentioned specifically. I still don’t have answers or some sort of five-point plan, but it is deeply comforting to know that women all around the world wrestle with the same things.

(So that’s a lot from IF: Gathering; it was a huge day in my life, and there is still more to come. Probably a different blog post. And now we move on to other things.)

7. Whole30. I started it on the day after my birthday because I was going to have cake. Obviously. I’m on day 15 now, and it hasn’t been so hard to follow, but I can’t say I’m wowed so far. I was expecting to have lots more energy, but I don’t. I feel very tired – but this could be Swedish sun/no sun related as well – so let’s see how I feel on March 15, which should be the last day. The hardest part has been going without my Asian sauces like soy, oyster and fish. What I’ve learned so far? My grocery bill is a lot higher thanks to consuming more meat. In other words what I’ve learned is that Whole30, paleo etc. is the eating plan of highly entitled people who can afford it. Or maybe I’m eating too much meat and should be consuming more vegetables? More on this at a later date.

8. When Husband entered our lunch destination into our GPS on my birthday, I guessed immediately, IKEA!!!! So yes, I know the address of one of the Stockholm IKEA’s by heart. And if you’re thinking Husband messed up by taking me to IKEA for my birthday, well you don’t know me. IKEA was one of my most favourite places on earth before I ever thought about living in Sweden. IKEA in Sweden? The greatest thing ever. I had a wonderful lunch of meatballs and mashed potatoes with a gravalax salad on the side.

[ba-dropcap size=”4″]N[/ba-dropcap]ow it’s your turn: What did you learn in February? How did you change?

4 thoughts on “what I learned in February”