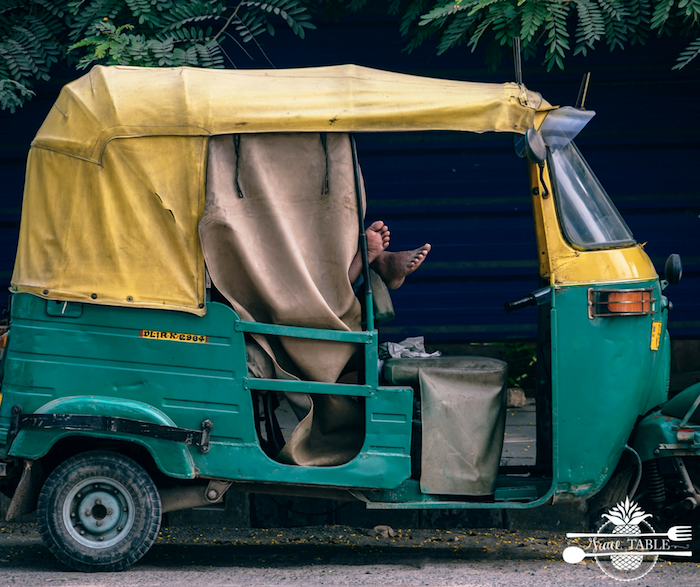 when hospitality is a safe place for waiting: a grace table post

When I was four-years-old, my family moved to a large house on a dirt road in a small province in the Philippines.

The leaves of mango trees were glossy green, and coconut trees reached their branches for the clouds. On the hot days of the dry season, we felt the sweat trickle down our necks as we sat in front of electric fans. Wet season brought with it daily rain and regular typhoons, the kind that blew trees and electric lines down. Our basement would flood, and we had an assembly line passing buckets along until we emptied it.

We told the tricycle drivers to take us to Guadalupe, and directed them after a fork in the road to go right, down a slight hill, and stop at the rusted brown gate on the right. Like most houses in the Philippines, there was a tall wall all around the property. At the top of the wall, broken glass pieces had been embedded into the cement when the wall was built, a supposed deterrent to robbers and drug addicts scaling it at night.

To the left was our neighbour Ka Loreng who had a sari-sari store (literal translation, “variety of things” store) where people bought shampoo in sachets, candy, corn bits in little orange bags and on the hottest day of the year my mother would take us there to buy soda, which Ka Loreng poured into plastic bags. We sipped it out of straws while we walked down the road.

Across the street was Evie and her three kids, a bit further down the road was her sister-in-law Jubi and her kids. There was a large field next to Evie’s house with corn crops and sometimes, sugar cane.

To the right of our our house was a plot of land, and three families lived there in several ramshackle huts, in the Philippines they were called squatters. I remember the women, Nanay Ange and Teri, and a girl a little older than me, Leah. The walls were flimsy pieces of cardboard-like wood nailed together, the roofs, corrugated metal. There were no ceilings, some of the floors were long pieces of bamboo patched together, some of the floors were the earth of the ground, flattened slightly. Each hut was one room, mothers, fathers, children all lived together. There was no electricity and no running water.