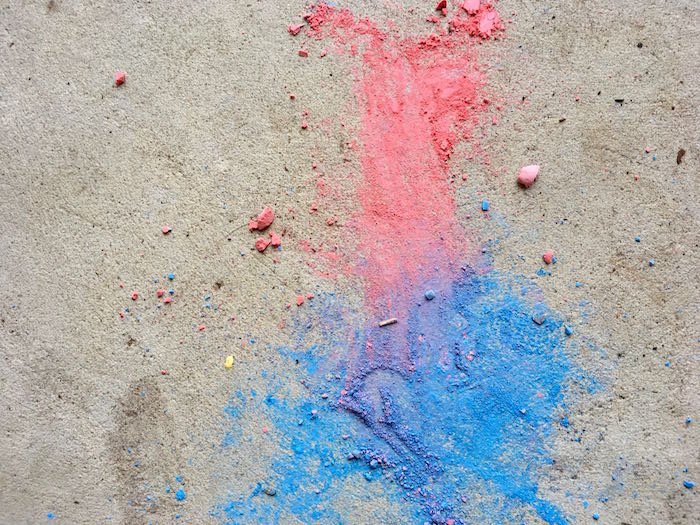 your anger is pointing at something

I was chopping vegetables with my five-year-old a while ago when he told me a story. He began by referencing something we both heard that morning, but it was his interpretation of what he heard that caught my attention. It caught my attention so much that I could feel my physical anger reaction almost immediately.

My heart beat faster. My breaths shortened. My hands started to shake. I was angry. Within seconds I was forming a response. I wrote down what he said, I formulated the story for my husband, and I started composing a mental email.

I expect my child to be exposed to misogynistic thinking in advertising and television, I don’t expect him to face it here, I wrote in my head to people involved.

I listened to my son, and I let myself get angrier and angrier thinking about it. I was so angry that at some point I realized I was enjoying being angry and enjoying having a reason to be angry about a specific group of people. The evening went on, and when we had some privacy, I told my husband about the conversation. He suggested that perhaps I didn’t understand the context. He told me the story because he and my son had been there for the whole thing. He expanded out the boundaries I put around it.

I didn’t write any protest emails. I didn’t talk to anyone. I misunderstood the context my son was talking about because I wasn’t there for all of it.

The situation with my son didn’t need an angry email from me, but after my emotions settled, I could see something else.

My anger was pointing at something.

It was like an arrow directing my attention toward a situation, a bigger situation,  that needed to be addressed. The specifics here are not important, but I needed to be able to separate what I was getting angry about in the moment from what I actually needed to pay attention to. Because what it pointed at is something that required action.

The bigger picture involved an important decision we have to make. We needed to reflect on our reasons. This would mean many complex, sometimes difficult, discussions between us as a couple. It meant we needed to communicate that decision with others, people who may not understand or may be hurt by our actions. And there were many, many things in there that I needed to let go.

You don’t have to do much to find anger. Just turn on the news. Spin the dial on your radio. Listen closely to your friends. Pay attention to your emotions. We are an angry people. We know more, we feel more and that can keep us from seeing what we need to do. I wonder about your life and its specifics. What events or people push your buttons easily? What else could it be pointing to? Perhaps there is more action for you to take.

Being angry is easy, looking at what our anger is trying to get us to see can be so much harder, taking action can be harder still.

It requires our courage, vision and action. It means we need to slow down, let our emotions diffuse, let the anger go, but let the arrow remain. However difficult it may be for you to look at the thing anger wants you to see, dealing with it is what will bring freedom and peace.

Now it’s your turn: What is anger pointing at in your life? What steps do you need to take to deal with it? Is there someone with whom you could share this who could help you discern what to do next?

6 thoughts on “your anger is pointing at something”